History of the Polar Mist Line

POLAR MIST SAMOYED KENNEL was started and established by Lynette Blue, (formally Hansen) in 1971. Having purchased her first Samoyed as a pet in early 1965, she decided that she wanted to show and raise these beautiful dogs. At first she tried to breed up to a quality dog with some of her original dogs, soon realizing that she needed to start with a well bred, quality dog, in order to be competitive in the show ring.  After a few trials and tribulations, she ended up purchasing two females from two different lines. The first one went on to become her first champion, Ch.Mckenzies Polar Mist Nikki, who went back to the old Drayalene line. The second, though she did not complete her championship, earned 12 points with both majors, Polar Mist Baerstone Nishka, who came down from the Gro-Wil and Baerstone lines.

These two foundation bitches were somewhat different in type. The first one having more leg, with wonderful free and easy movement. The other had much more type and beauty. Believing that the standard called for a agile freely moving dog with much beauty and correct type, her goal was to breed a dog that exhibited all of these qualities. The rest is history; these two foundation bitches are behind all of today’s Polar Mist dogs, either one or the other or both. Lynette did not limit her breeding program to dogs in the area, or her own stud dogs, mostly shipping her bitches off to the stud that she felt could combine with and offer the best qualities to a particular bitch.

The first litter that was sired by Breaker for Lynette became an all-champion litter, with several group placers, and a National Specialty Winners Dog. The dam, Am.Can.Ch. Polar Mist Ain’t She Foxy, (sired by Raffles), produced 17 champions sired by Breaker, 15 of those American champions.

Another Raffles daughter bred by Lynette, Am.Can.Ch. Pepsi Kola of Polar Mist, was the dam of the famous Am.Can.Bah.Ch.Polar Mist Dr.Pepper. Pepper went on to win 15 Best In Shows and 9 Best in Specialty shows, he held that record for Top Winning owner handled & No.2 winning Samoyed in US history up until recently.

Lynette has bred or co-bred 30 plus Best in Show dogs, Multitude of Top Brood Bitches and Stud Dogs, a multitude of Specialty Winners and Group placers. Currently breeder or Co-breeder of 360 champions world wide.

Several dogs that Lynette & co-breeder friends have bred have gone onto to do good things in the obedience ring, herding trials, agility trials, & as therapy dogs. Several dogs bred by Lynette and Marge Goodenough of Cot'n Pic'n Samoyeds ran on Marge's all champion dog sled team. It is important for her dogs to have good type, structure, outstanding movement, great temperaments, and health clearances,plus the desirable traits that make them a quality Samoyed true to the standard.  In 1996, Lynette became a judge for the Samoyed breed, and has since added 23 breeds of dogs to judge, most all Spitz breeds, many of the working breeds as well as Australian Shepherds in the Herding Group. She had the honor of judging the Samoyed dog classes for the 2000 National Specialty, Bitches in 2005 and Best of Breed in 2011. 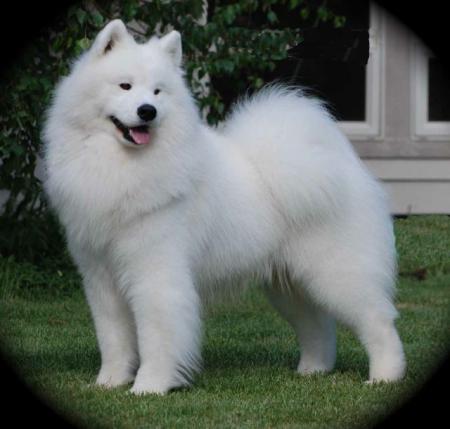 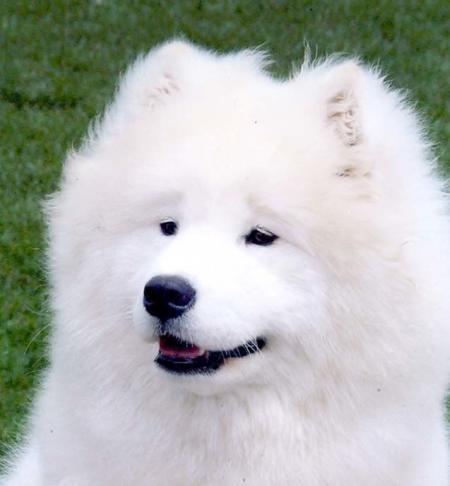 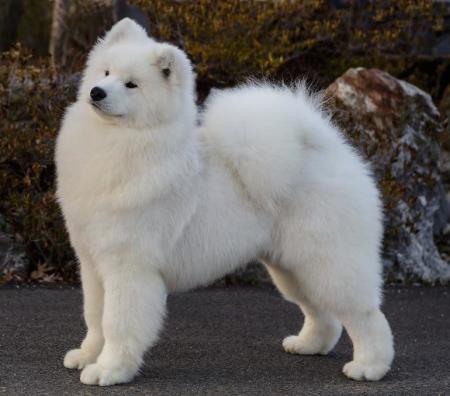